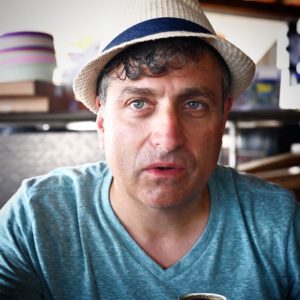 Nick Codignotto works in New York City as a software engineer. He lives on Long Island with his wife and four children.

Nick wrote a science fiction novel, but after 100k words he decided they all needed to be re-written. The rewrite is a work in progress. He's written short stories, a fantasy novel (unpublished), and maintains blogs at nickcoding.com and primordia.com. He's designed a D&D fantasy gaming world called Primordia and loves to draw maps in Adobe Illustrator.

Nick loves to write code, write stories, draw, and make home videos. He's produced hundreds of home movies and his photo and movie libraries are meticulously rated and categorized. He loves science, astronomy, and technology. He often blogs about these topics, particularly when he's excited about the tools and workflows he uses to get his coding, writing, and media projects complete.